After the Evil Queen magically turns herself into the Witch, she attempts (and succeeds) in luring Snow White into a bite of the poison apple. This is an original production animation drawing of the Witch holding basket containing the poison apple, just as she is approaching the cottage with Snow White there. The Witch was designed by Joe Grant and animated by Norm Ferguson. 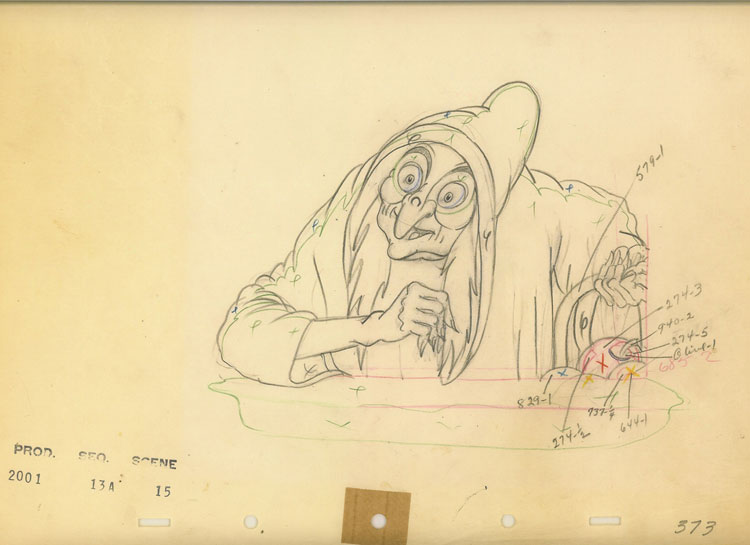 Animation Cel Drawing from Snow White The Witch with Poison Apple
Year: 1937
Studio: Disney Studios
Width of Image = 6.5 inches
Height of Image = 5.75 inches
Width of Art = 12 inches
Height of Art = 10 inches
Price $1,500
As Snow White falls asleep the Queen (Witch) exclaims “Now I’ll be fairest in the land!” The vengeful dwarfs, alerted by the woodland animals who recognize her, chase the Queen up a cliff and trap her. She tries to roll a boulder over them but lightning strikes the cliff she is standing on, causing it to collapse. The Queen falls to her death, and her body is crushed by the boulder.