On Ice is a Mickey Mouse cartoon short released by Walt Disney studios in 1935. Mickey shows off his ice-skating skills to Minnie; Goofy does some unconventional ice fishing; Donald straps skates to Pluto and laughs at his attempts to skate. Donald gets strapped to a kite and is about to be swept over a waterfall when Mickey pulls off a heroic rescue. 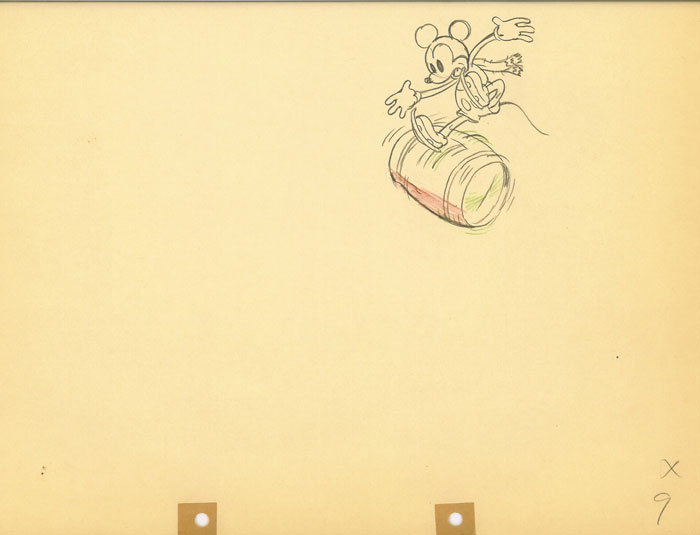 Animation Cel Drawing Mickey Mouse On Ice
Year: 1935
Studio: Disney Studios
Width of Image = 2.75 inches
Height of Image = 4.5 inches
Width of Art = 12 inches
Height of Art = 9.5 inches
Price $600
This lively original animation drawing from the film has Mickey not only in skates on ice, but over a barrel too! By the mid 1930’s Walt Disney Studios had polished and perfected the production of their short cartoons, the wonderful gags that characterized the humor, and the classic interaction between the Disney main characters. We get to see all of that in this film, featuring all of the characters; Mickey Mouse, Minnie Mouse, Donald Duck and Goofy at their finest and funniest.