Steamboat Willie is a 1928 American animated short film directed by Walt Disney and Ub Iwerks. It was produced in black-and-white by The Walt Disney Studio and released by Celebrity Productions. The cartoon is considered the debut of Mickey Mouse and his girlfriend Minnie, but the characters had both appeared several months earlier in test screenings. Steamboat Willie was the third of Mickey’s films to be produced but was the first to be distributed. 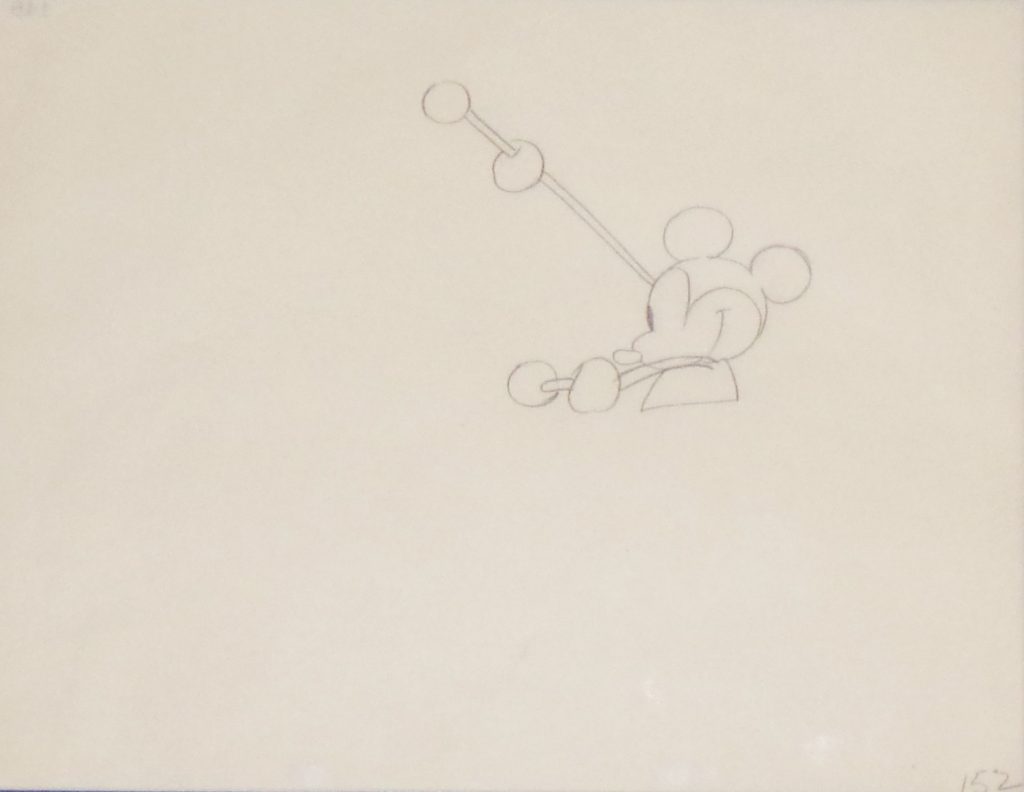 Animation Cel Drawing Mickey Mouse with Drumsticks
Year: 1928
Studio: Disney Studios
Width of Image = 4.5 inches
Height of Image = 3.75 inches
Width of Art = 12 inches
Height of Art = 9.5 inches
Price $3,500
Disney’s Steamboat Willie is a landmark in the history of animation. It was the first Mickey Mouse film released and the first cartoon with synchronized sound. It threw silent animation into obsolescence and launched an empire. Previously, there had been little to distinguish Disney’s cartoons from those of his competitors. He was facing bankruptcy when Alan Crosland’s The Jazz Singer, with long sequences of song and dialogue, took America by storm in 1927. Sensing that sound movies meant big business, Disney decided to stake all on his talking mouse. The movie opened at the Colony Theater in New York on November 18, 1928, a date that would become known as Mickey’s birthday. Audiences were stunned by the vitality of the film’s characters.