This Alice in Wonderland animation cel is a very large and extremely pretty image of Alice with a printed giclee background.

One pill makes you larger, and one pill makes you small. Alice in Wonderland is a full length animated feature produced by Walt Disney and based primarily on Lewis Carroll’s Alice’s Adventures in Wonderland with a few additional elements from Through the Looking-Glass. It was released in New York City and London on July 29, 1951 by RKO Radio Pictures.

In a park in England, Alice becomes bored with her sister’s history lesson on the Norman conquest of England and expresses her want of adventure, leading her to the bank of the River Thames. There, Alice spots a passing 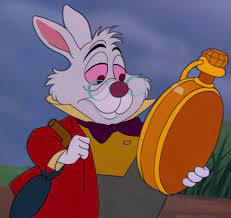 White Rabbit in a waistcoat, exclaiming that he is “late for a very important date.” She gives chase, then falls down a large hole to Wonderland.

Alice tracks the Rabbit to his house; he mistakes her for his housemaid, “Mary Ann,” and sends her to retrieve his gloves. While searching for the gloves in the Rabbit’s house, Alice finds and eats a cookie marked “Eat Me” and grows large, getting stuck in the house.

Alice in Wonderland animation is covered wonderfully in this Disney Fandom website. 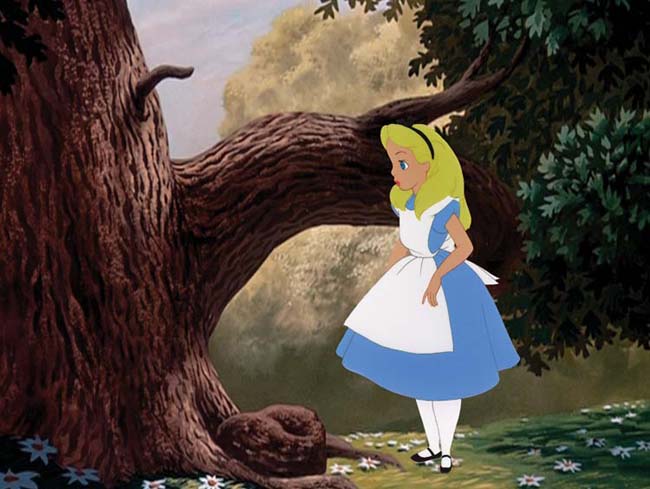 Animation Cel of Alice in Wonderland
Year: 1951
Studio: Disney Studios
Width of Image = 3 inches
Height of Image = 7.5 inches
Width of Art = 10 inches
Height of Art = 8 inches
Background: Presentation Background
Price $5,000
Alice in Wonderland animation features the voices of Kathryn Beaumont (who also voiced Wendy Darling in the 1953 Disney Peter Pan) as Alice, Ed Wynn as the Mad Hatter, Jerry Colonna as the March Hare, Sterling Holloway as the Cheshire Cat, Bill Thompson as both the White Rabbit and the Dodo, and Richard Haydn as the Caterpillar among others. Charles Lutwidge Dodgson himself would be proud of this wonderful adaptation. Alice! a childish story take, And with a gentle hand, Lay it where Childhood’s dreams are twined, In Memory’s mystic band, Like pilgrim’s withered wreath of flowers, Plucked in a far off land.