How to Play Football is a Walt Disney animated short film released in 1944. The popular Goofy How To series began in the 1940’s and continued into the 21st century. As in many of the How To cartoons Goofy plays all of the parts and the distinctive differences in the different Goofs is an amazing piece of work. Taking the exact same character design and making it different enough that each one is a distinct design is not easy. But here, the Disney animation staff shows a wily coach, a pampered star player, a brutish lineman and a silly kicker all with the same character! This particular movie poster is one of two copies known to exist. 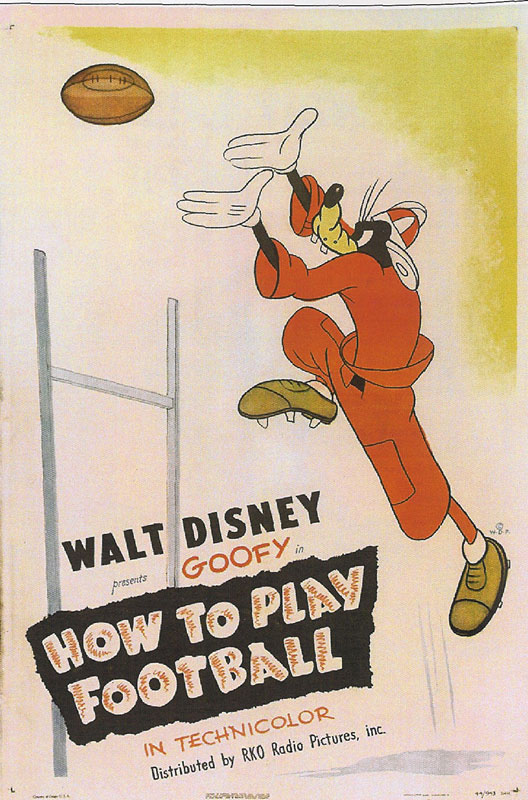 How To Play Football

Goofy Football Cartoon Movie Poster
Year: 1944
Studio: Disney Studios
Width of Art = 27 inches
Height of Art = 41 inches
Price $12,000
This “college-style” cartoon is certainly one of the greatest Disney cartoons ever made, given its “rah-rah” attitude and its splendorous background. In the end, the short manages to tell the story of a full game, mixed with gags while also highlighting some of the intricacies of football. That’s not easy to do. It’s a testament to the skills of the animation team that they were able to do so. The poster is of course de-acidified and linen backed.